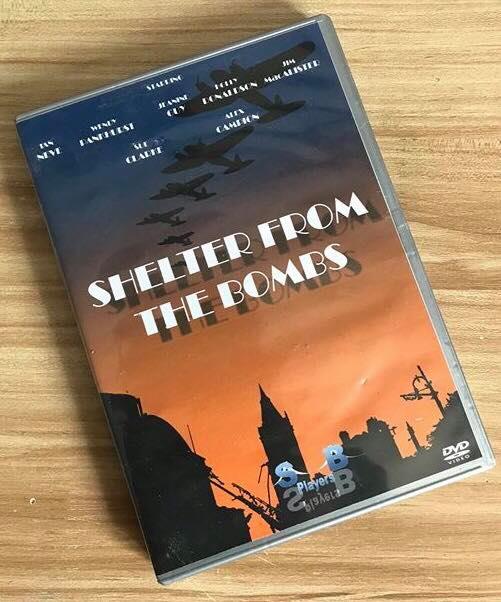 Shelter From The Bombs DVD

Shelter from the Bombs is a short film (approx 45 mins) set in 1941, Hull. We follow one night in the lives a small family, and their loves, fears and laughs as they spend a night trapped in the air raid shelter. This was originally an award winning stage play performed by the South Bank Players (Barton-upon-Humber) before being turned into a short film and filmed in one of the last standing air raid shelters in the region. The DVD now costs just £5 collected from the group (or local delivery in Barton/surrounding villages may be possible) or postage can be arranged for £1.50 (first class and in a padded envelope). It also includes an extra seven minutes of outtakes for you to have a giggle at.